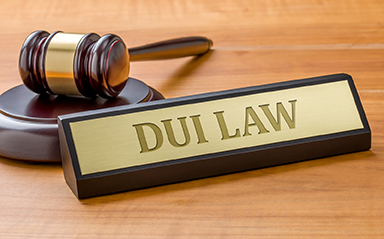 Should You Refuse the Breathalyzer Test?

Home » Legal Blog » Should You Refuse the Breathalyzer Test?

Recent reporting by The New York Times reveals that breathalyzer tests, used in almost every police department in America, routinely generate skewed results – even though they’re marketed as being precise to the third decimal. Last year, judges in New Jersey and New Hampshire tossed more than 30,000 breathalyzer test results as evidence in DUI cases due to human error and a lack of government oversight. The same thing has happened thousands of times over across the country after tests showed that improperly-calibrated machines can show blood-alcohol percentage results that are 40 percent too high.

But does that mean drivers suspected of DUI shouldn’t take it?

Las Vegas DUI defense lawyers know the answer to this truly depends on the situation, but you should know two things:

Refusal to submit to a breathalyzer is also admissible into evidence against the accused in a criminal proceeding, such as a DUI case.

The only exception to implied consent laws is if the officer did not have reasonable suspicion to stop you or probable cause to make an arrest. Unfortunately, it’s probably going to be difficult for you to determine whether there was reasonable suspicion or probable cause at the time of your arrest. Your DUI defense lawyer will have to research this after the fact by reviewing all records and facts of the case.

On the one hand, the consequences for refusal to submit to a breathalyzer are much milder compared to a DUI conviction. A conviction for a DUI carries a term of license suspension, thousands of dollars in fines and up to six months in jail (assuming you blew under a 0.15 and didn’t crash/hurt anyone). On the other hand, you could be convicted of DUI anyway and have to deal with the additional penalties imposed under implied consent laws. Further, first-time offenders who blow lower than 0.15 may qualify for a diversion program that can less the sentence and penalties. However, if you are convicted and refused to submit to a breathalyzer, you are ineligible for this program.

Know that if you refuse to submit to a breathalyzer, there will always be penalties. However if you submit to the breathalyzer, our lawyers can always challenge that evidence and fight the charges on your behalf.